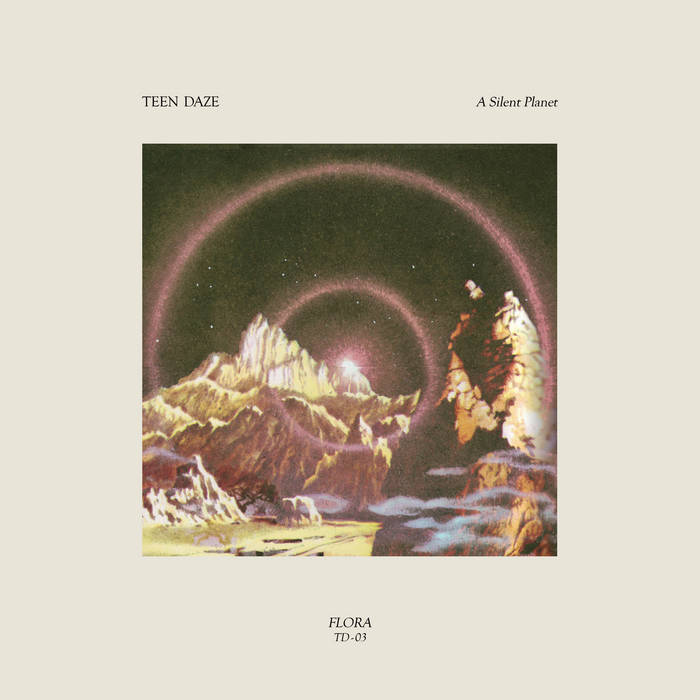 Philip Friedman Love this album, super excited to have it on vinyl. It inspired me to go back and read A Silent Planet by C.S. Lewis and it all made sense! Favorite track: The Harvest.

In February of 2008, Jamison, aka Teen Daze, spent seven weeks studying philosophy in a somewhat remote village in the Swiss Alps. His life became engulfed in books, as he spent his days sipping black tea, filling his mind with the teachings of great thinkers who had passed long before he was born, and staring off into the abyss of the mountains before him. During this time, he also discovered the importance of fiction; his evenings were either spent drinking wine with his friends or reading stories. One of the most profound stories that he read was a novel called “Out Of The Silent Planet” by legendary theologian and storyteller, C.S. Lewis. The story centers around Dr. Ransom, and the mystical, celestial journey that he takes to a new land. The part that resonated the most with him was the telling of Ransom’s first encounters on this new planet, and his re-contextualizing to this new place, and this new environment. A new world was being created in Jamison’s imagination, as he visualized what it must have looked like for Ransom.

Fast forward three years, and Jamison found himself re-located to his parents’ big, mostly empty house, which rests neatly at the base of one of the most recognizable mountains in the Fraser Valley, Mt. Cheam. He began work on a group of songs dedicated to the beauty and monolithic qualities of this powerful natural landmark, when he found that his mind was taken back to Switzerland. “Out Of The Silent Planet” became a bit of a myth to him by this time, and he strangely began to hear it in the songs he was creating. The discovery, the awe, the feeling of helplessness in the face of such beauty and wonder reminded him of Ransom. He picked up “Out Of The Silent Planet” again and began to treat it as his musical guidebook; he began a soundtrack to his imagination’s adaptation.

The six songs that appear on the EP are the result of many musical experiments, auditory accompaniments, and an attempt at a re-creation of Jamison’s experiences with this novel. In order to do his visions justice, he couldn’t simply write an electronic album, or a lo-fi pop album, or anything that he’d become known for. Teen Daze needed new sounds, and a new feel. Even though these songs may not resonate with those people who have come to admire his past works, he hopes that the listener will be able to see what he saw when writing and recording this album; that they’ll be able to feel what it would be like to explore a vast a new place.

Bandcamp Daily  your guide to the world of Bandcamp